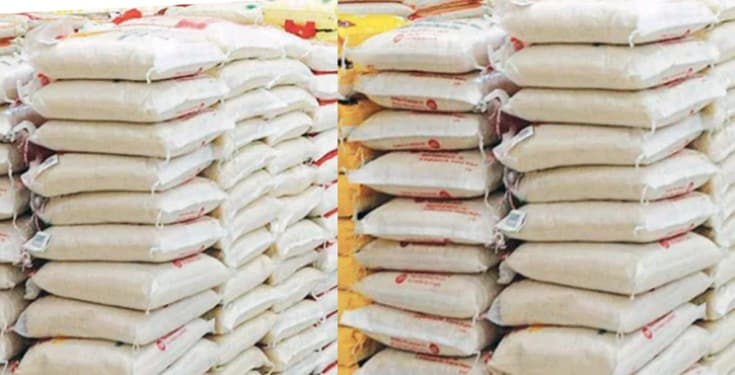 With the recent closure of Nigeria’s land borders by the Federal Government, which has reduced smuggling across Nigeria’s international borders by over 80 per cent,
scarce local rice is now available in Lagos markets but is selling at over N20, 000 per 50 kg bag.

This is coming as foreign rice, which was the most smuggled food item from Nigeria’s next neighbours, Benin Republic, Niger Republic, Chad and Cameroon; is now difficult to be smuggled into the country sequel to the ‘Exercise ‘Swift Response’ which is now over one month old.

The foreign rice which used to flood the markets in spite of the ban on importation of rice through the land borders is now scarce in most of the markets visited.

However, while the brands are different, one thing in common among them is the price, which was on the high side, though with slight differences.

In view of this, some of the consumers spoken to in the markets said that local and available foreign rice has suddenly become a ‘big man’s’ food as an average Nigerian now struggles to get it as a result of the exorbitant price.

At Mushin Market, Mr. Victor Eze, who is a foodstuff dealer in the market, spoke the increase in the price of the produce, he said, that 50kg of local rice is sold at N19, 500, N20, 000 depending on the brand.

According to him, the increase in price started about a month ago and as they continue to run out of their old stock of foreign rice, the price of the local rice continues to increase. He disclosed that even Customs officers have continued to patrol the market in recent times to seize foreign rice, if they see any in the market.

He said, other markets, he heard the Customs officers have visited severally in the last two weeks, includes Iddo and Onyigbo markets.

Also speaking, Mr. Chukwuebuka Ogbonna, a foodstuff seller at Iyana-Ipaja Market, disclosed that Eboyin Rice now sells at N19, 000 in the market in the market, adding that the rice is in short supply in the market.

He disclosed that he is selling his old stuck of foreign rice at the price of N24, 000 per 50kg bag, adding that the scarcity of local rice in market is also what led to the increase in price.

Also speaking, Mrs. Ngozi Onyechefula, a yam dealer in Idioro Market, disclosed that the price of yam in the market is determined by the species.

According to her, ‘Ada Ontisha’ yam sells at N600 and N800, the average and big tubers. Also, ‘Afuru’ yam known as Yoruba yam, sells at N600, N700, N1000, according the size. She said that they are expecting the Benue and Abuja yams to start coming in any moment from now.

Samsung’s 6G White Paper Lays Out the Company’s Vision for the Next Generation of...

On July 14, Samsung released a white paper entitled “The Next Hyper-Connected Experience for All.” outlining the company’s vision for the next generation communication...

A Eurozone Economic Crisis Thanks to Coronavirus?

The Eurozone economy is among those economies that have suffered the most damage from the coronavirus epidemic. That has to be of real concern...

More car fires happen every year from deferred maintenance than accidents. Keep your family safe; have your car checked today!Regular oil changes are your...

A number of venture-backed tech start-ups were among the companies that received loans under a program intended to blunt the economic damage from Covid-19,...

AI in Agriculture: Transforming the future of farming

Agriculture is one of the oldest and most significant professions in the world. As the population continues to grow and land becomes scarce, people...

Cruise Ships Will Soon See a New Wave of Technology

Farming News – Short-Term Speculation is Ruining the Let Sector of...

Samsung’s 6G White Paper Lays Out the Company’s Vision for the Next Generation of...

A Eurozone Economic Crisis Thanks to Coronavirus?